Upsizing of approximately 3,800 LF of existing 8” gravity sewer to 16” gravity sewer. The project followed a tributary of Four Mile Creek and the majority of the 16” gravity sewer was below the grade of the existing 8” gravity sewer. Significant ground water and rock excavation was required. The project included the removal and replacement of 20 manholes and all the new manholes were lined with a Raven liner. A portion of the existing sewer was removed and replaced through an existing NCDOT box culvert utilizing 16” TR Flex DIP and restrained fittings. Also included in the project was a significant amount of sewer rehabilitation work. 10 existing MH’s were rehabilitated using cementitious lining and just over 1,000 LF of 8” and 16” lines were CIPP lined utilizing the water inversion method of curing. Gravity sewer bypass pumping was also required during the removal and replacement of the gravity sewer and the rehabilitation work. A large portion of the project was in close proximity to homes and other structures and some excavation/trench engineering and pre and post foundation inspections were required. 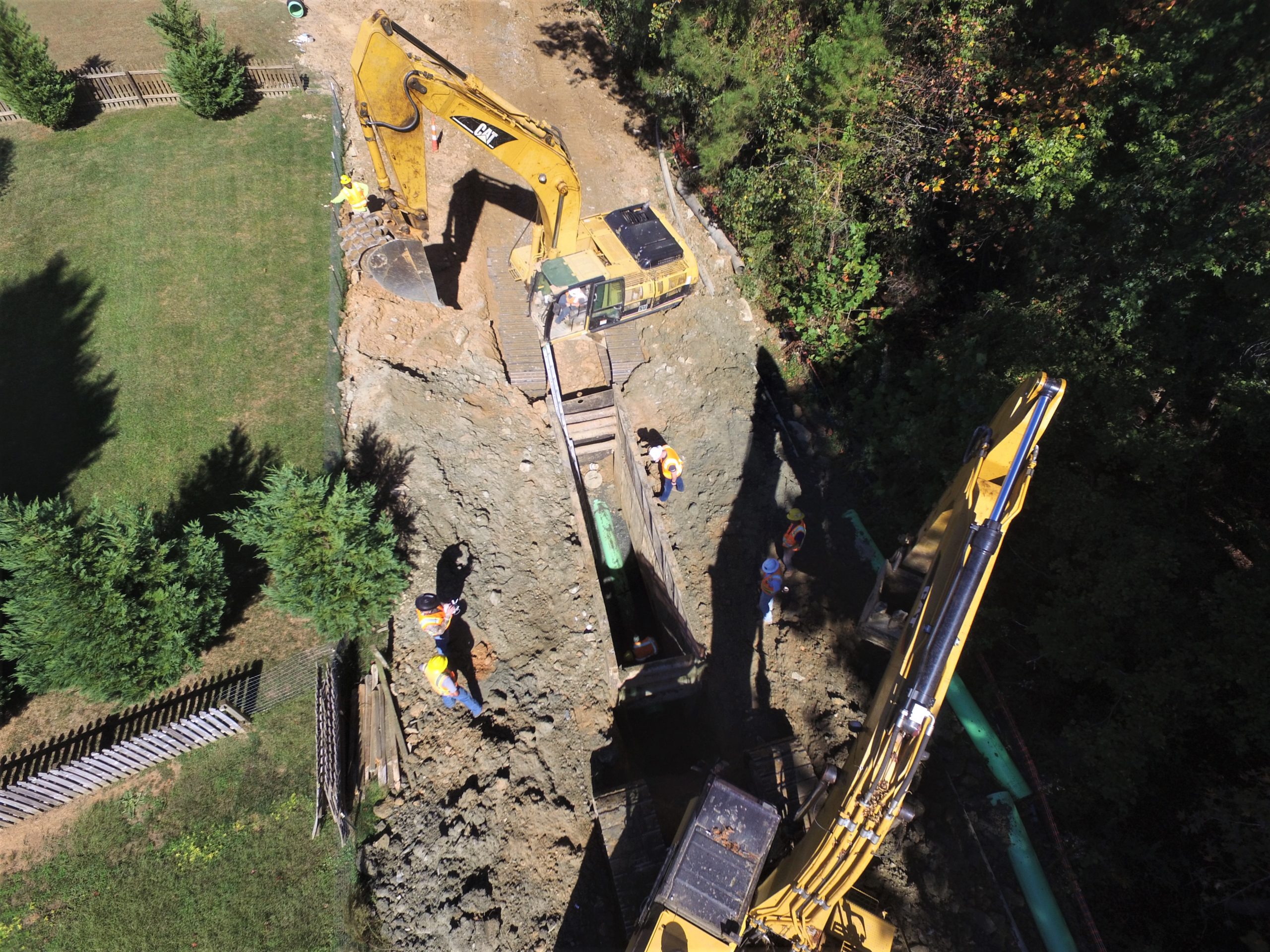 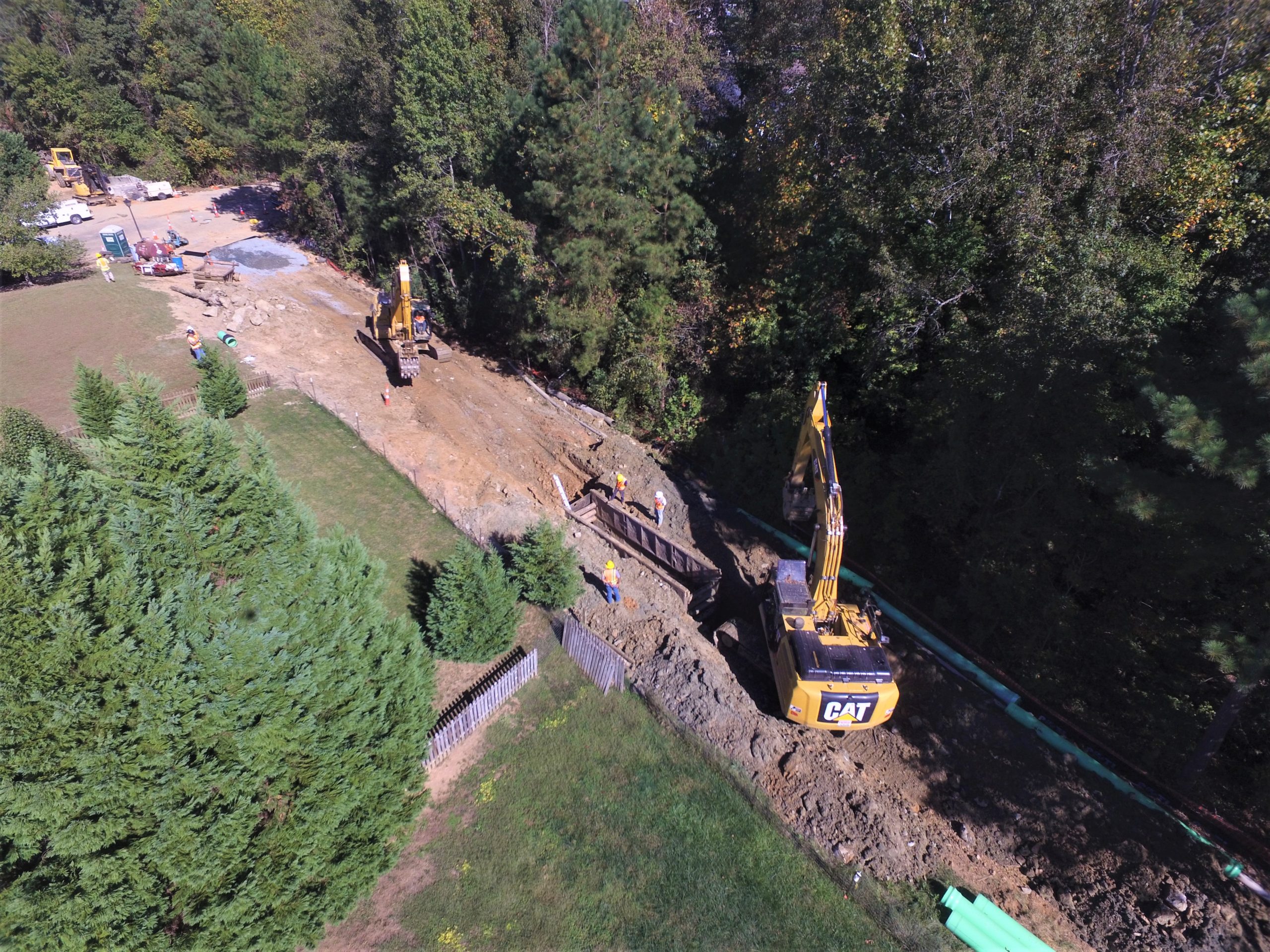 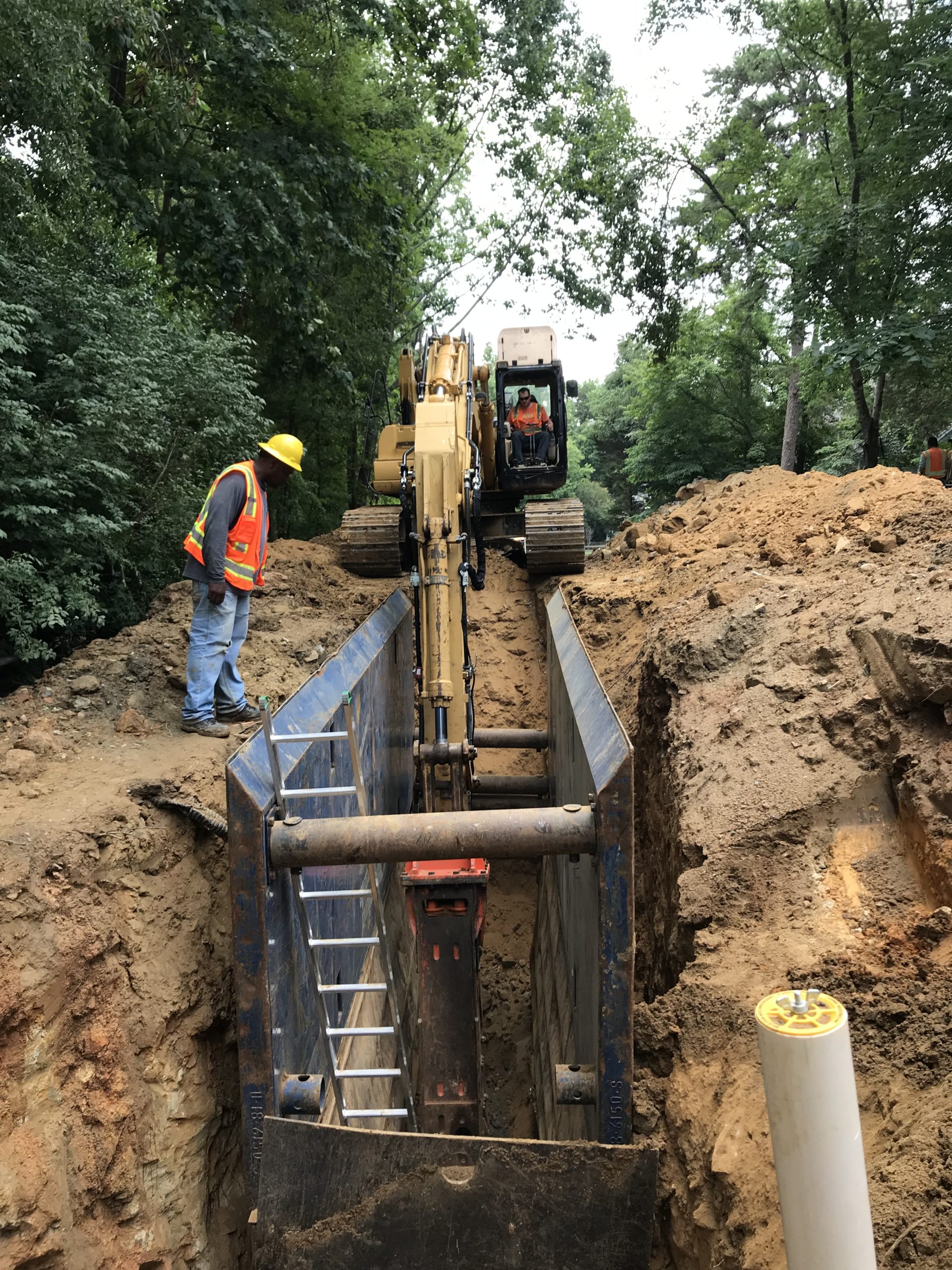 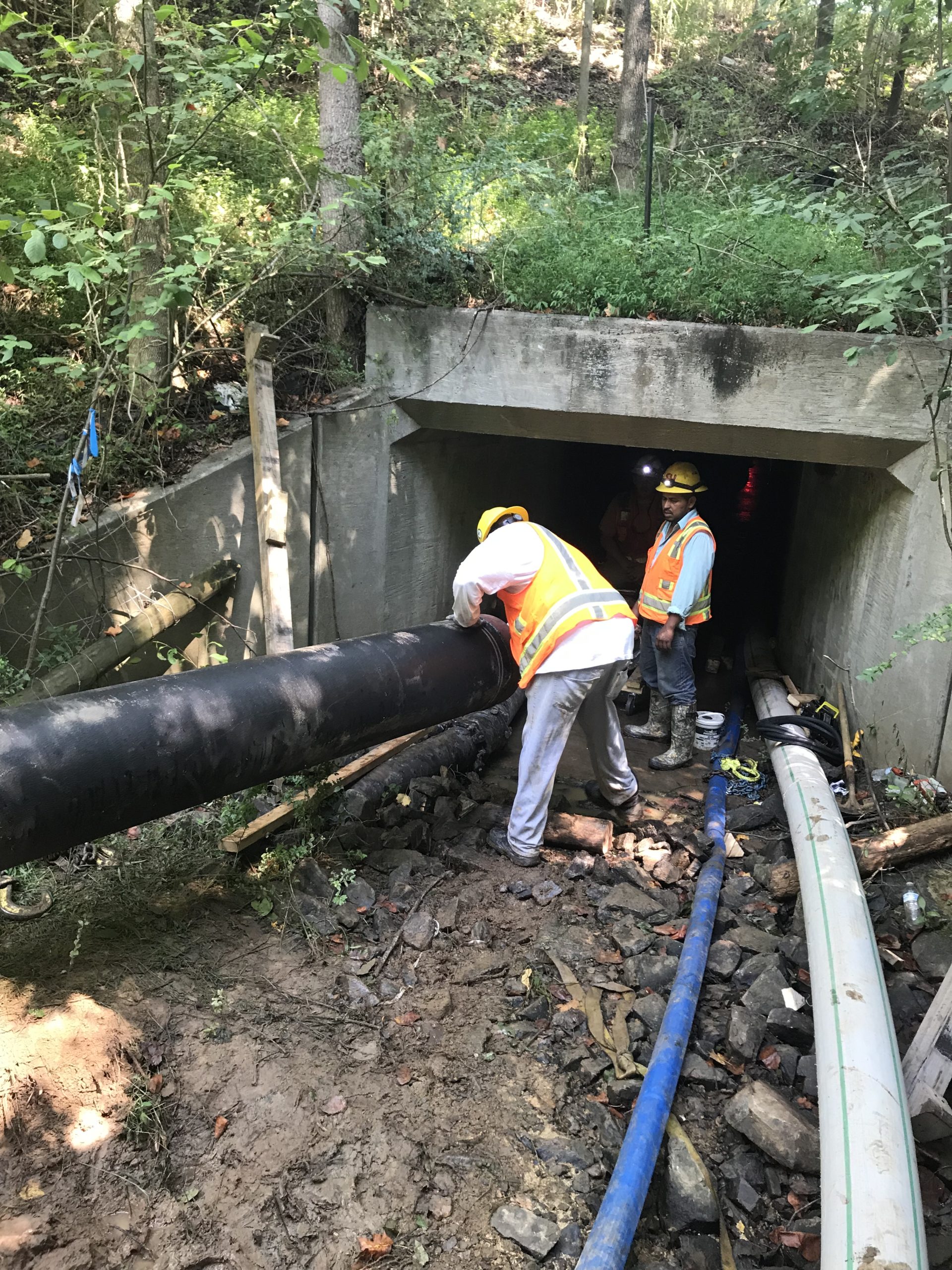 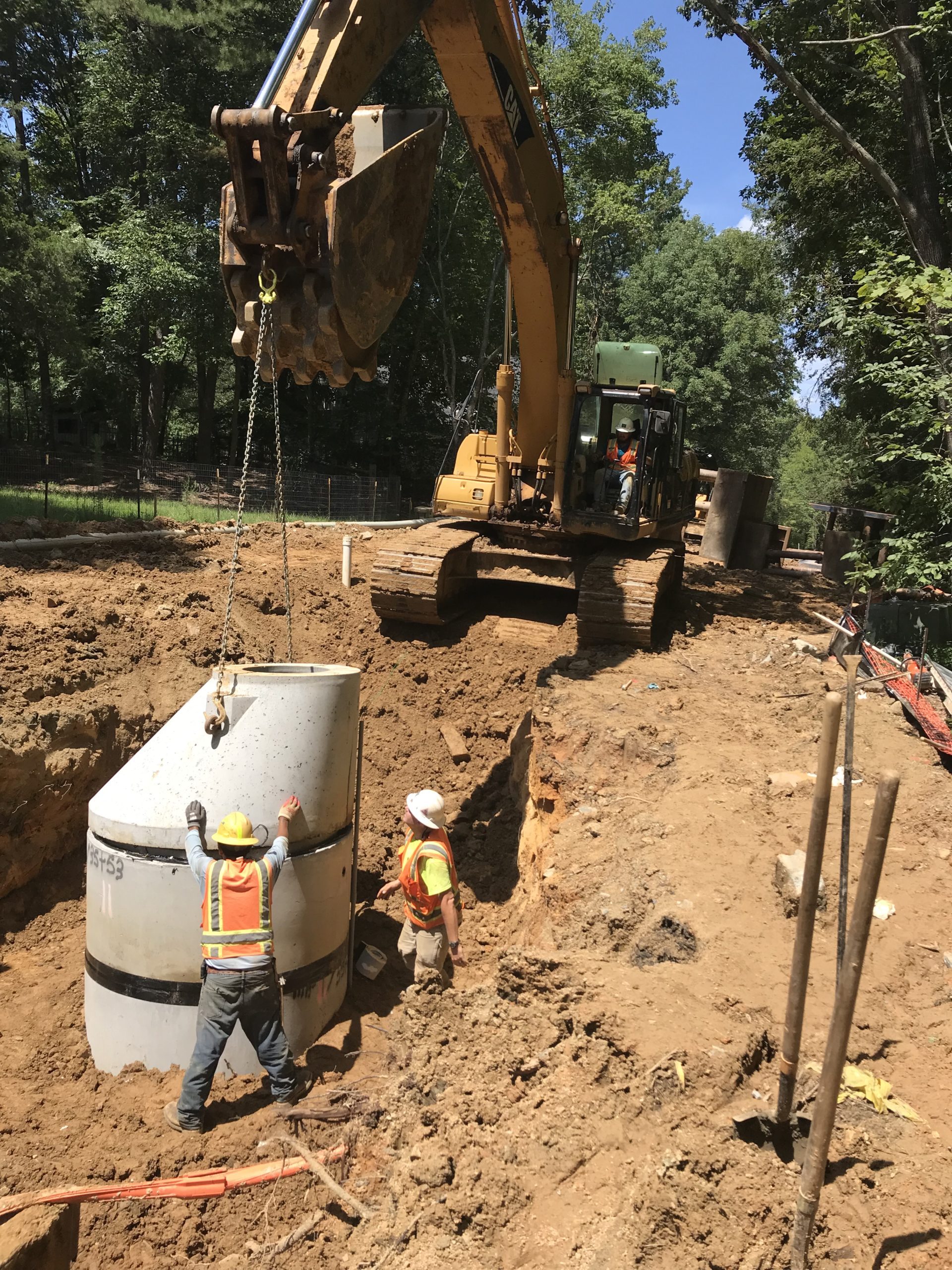 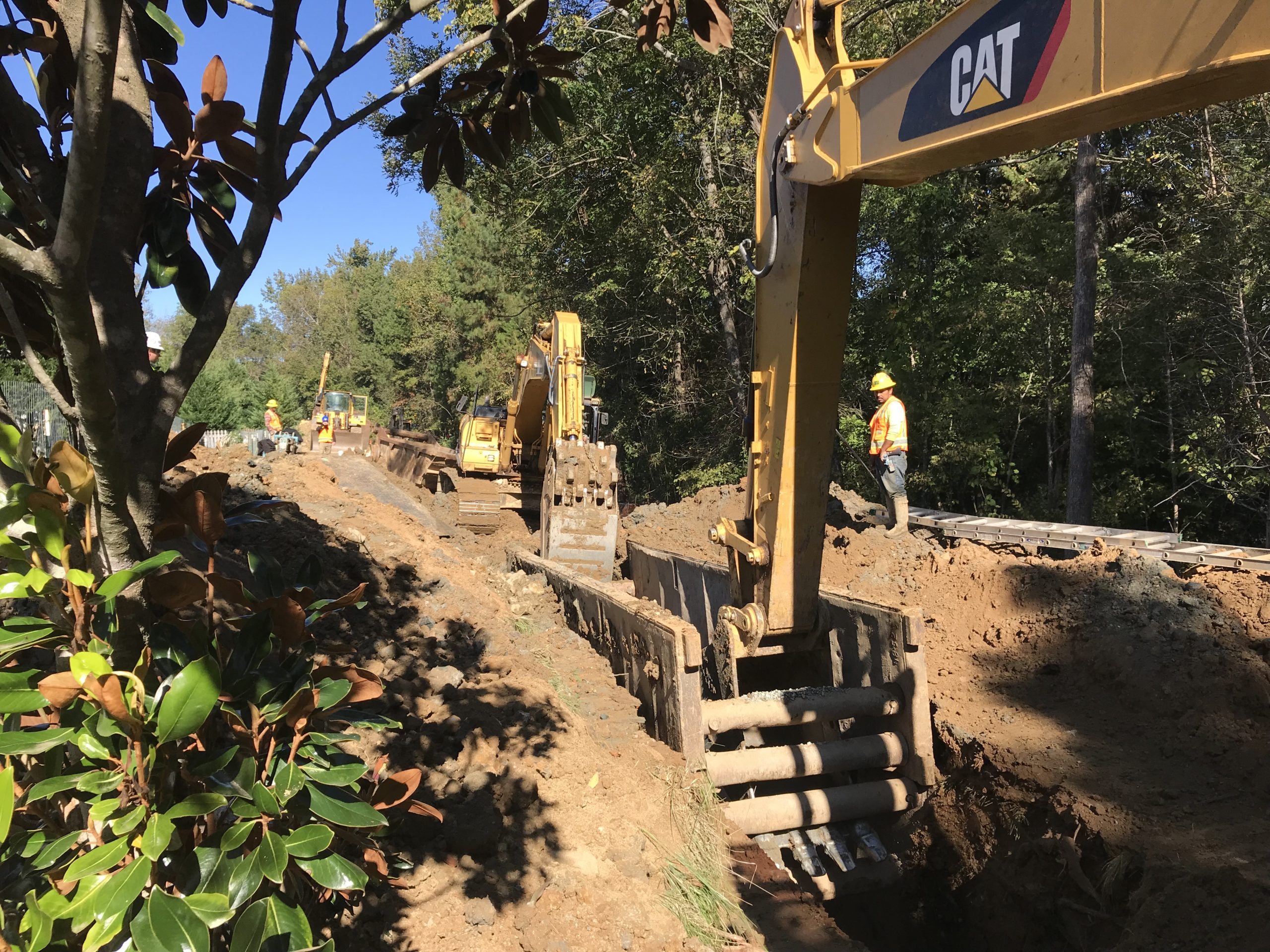