This project was part of a progressive design build issued by CLT Water that consisted of four additional projects. We selected Hazen and Sawyer as our teammate to design and permit this project. The existing force main is being relocated due to CLT Airport expansion. The Paw Creek force main was installed in a dedicated easement in between Wilkinson Blvd and Old Dowd Road running parallel to the Norfolk Southern Railroad. This project specifically includes the installation of 10,475 LF of 36” ductile iron force main, 685 LF of 60” steel casing installed via bore and jack, 40 LF of 54” FRP casing installed by hand mined tunnel and 180 LF of open cut 54” steel casing.  This project included five different bores/tunnels, three of which were very challenging; one was under I-485 which was 360 LF of 60” casing, the hand mined tunnel was under a high-pressure Colonial Gas pipeline, and another bore was under high voltage buried Duke Energy Transmission mains. This pipeline is also designated as critical infrastructure for CLT Water and had to be cathodically protected which consisted of the installation of multiple cathodic test station and bonding all the joints and fittings. 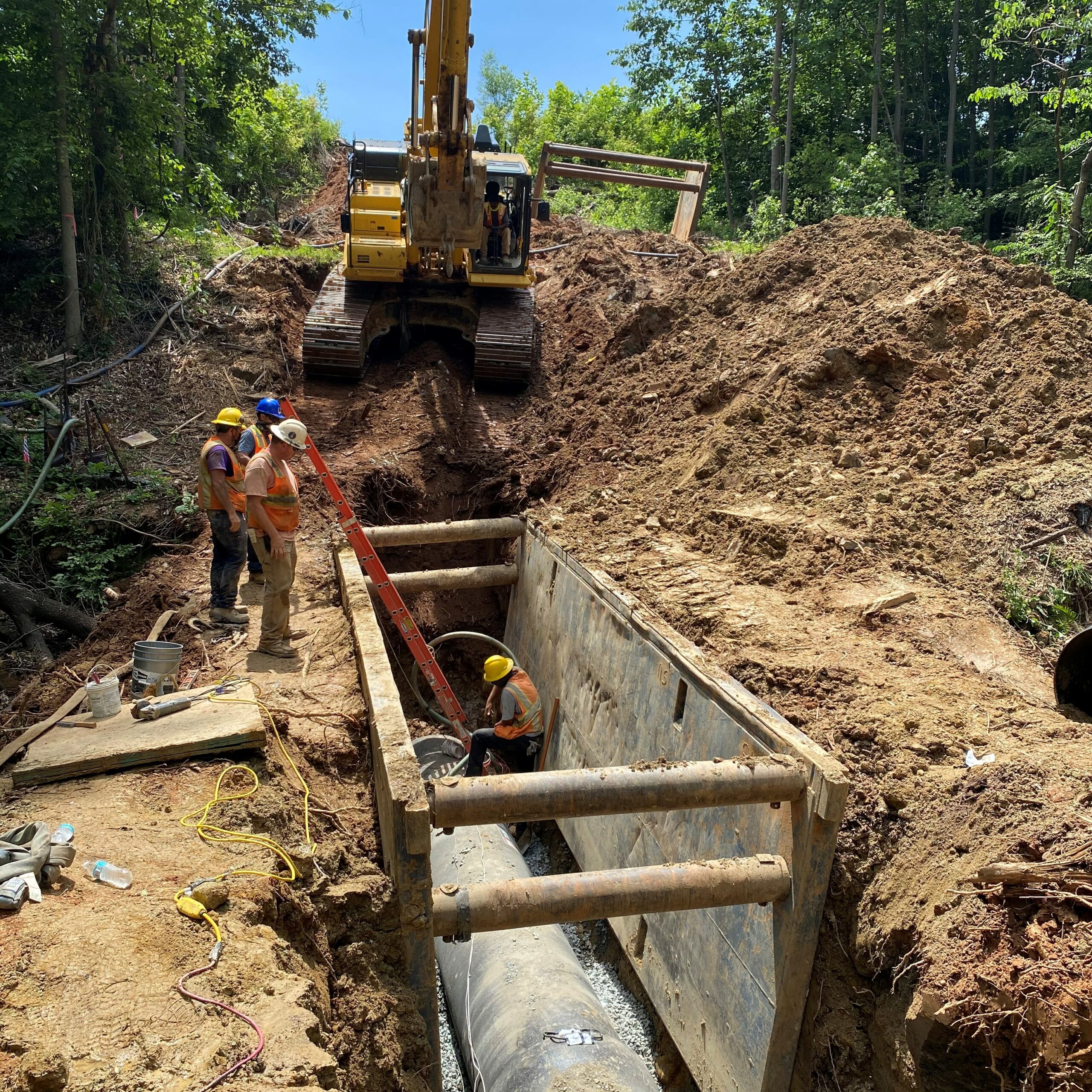 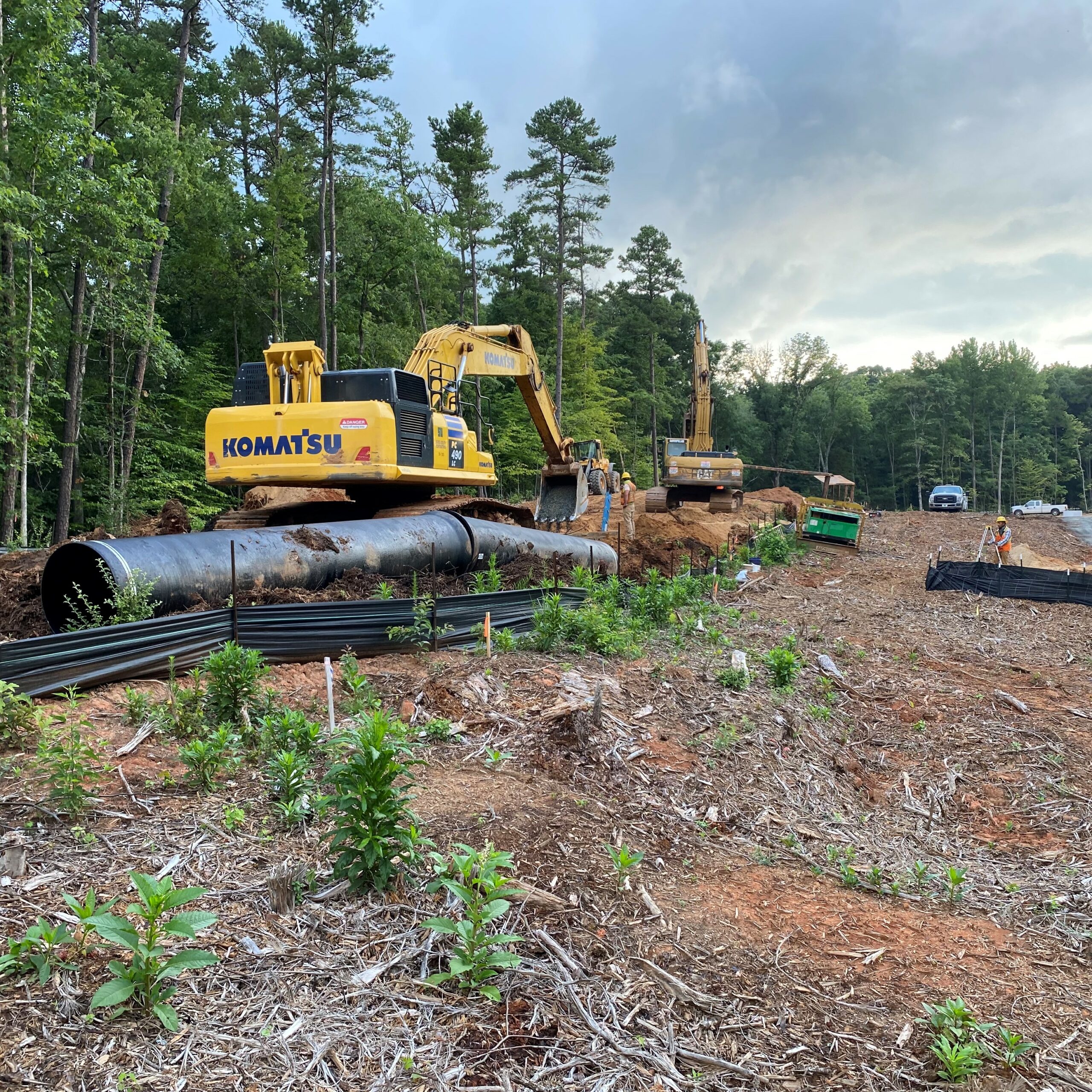 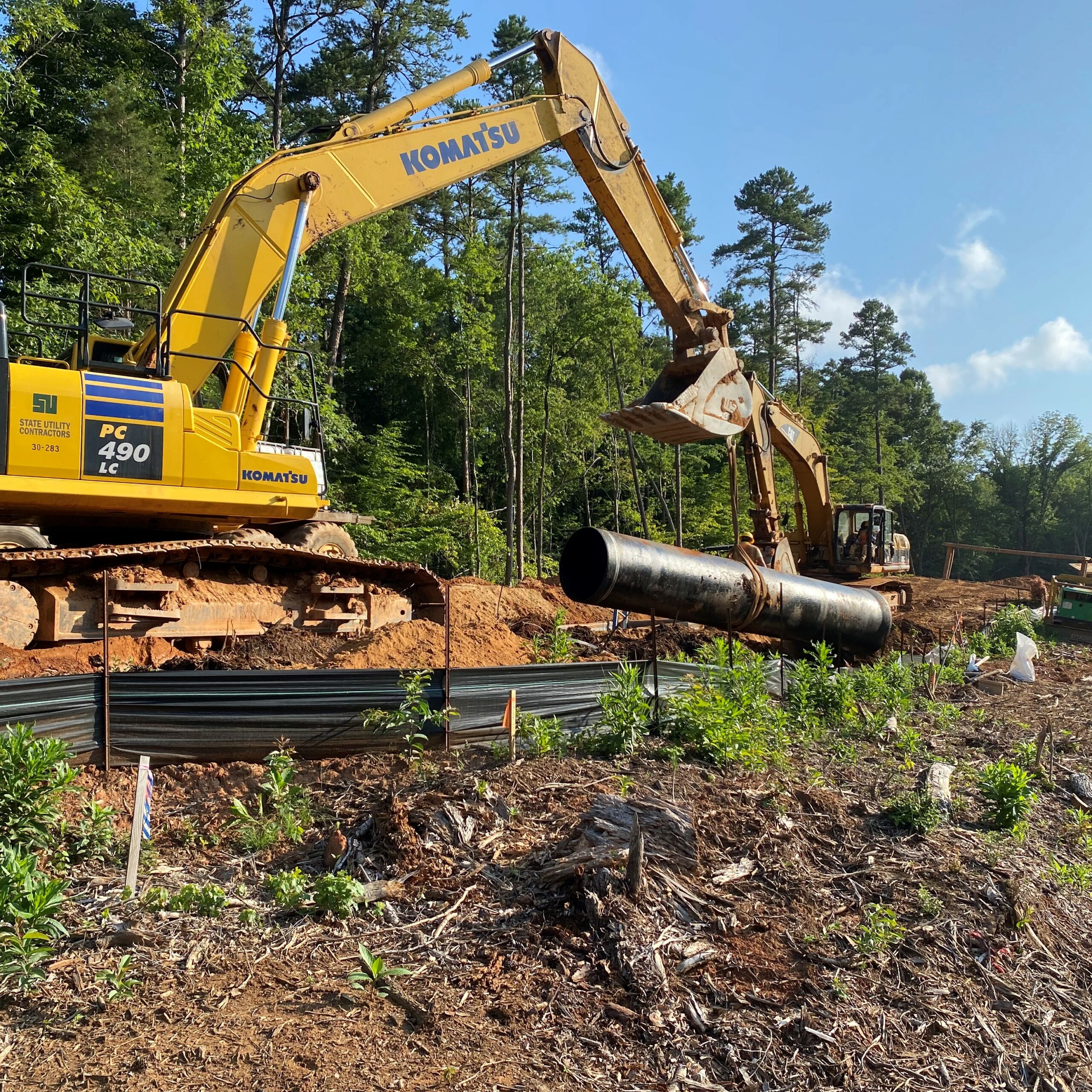